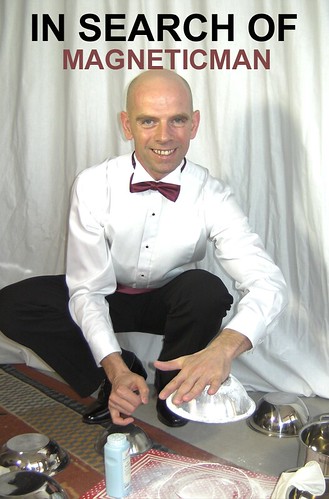 With ‘In Search Of,’ Zachary Quinto reprises another Leonard Nimoy role.

As host of “In Search Of,” a new version of the series that explores unexplained phenomena from all over the world. From the mythical to the scientific, each one-hour episode follows Quinto as he investigates a different subject within a dynamic theme – such as superhumans, alien life, artificial intelligence, Atlantis, time travel,
mysterious creatures and much more in search of the truth to some of the world’s greatest mysteries.

Leonard Nimoy hosted of the paranormal documentary series, which originally ran from 1977 to 1982 on A&E Network and later on History Channel. The music was composed by Laurin M. Rinder and W. Michael Lewis. A soundtrack album was released on AVI (American Variety International) Records in 1977. Nimoy’s popularity among science fiction fans (due to his role as Spock in the original Star Trek television series) won the show a following in fandom circles.
A short-lived revival of the show, featuring Mitch Pileggi, aired on the Sci-Fi Channel in 2002.

In January 2018, it was announced that Zachary Quinto will host the revived version of the show on History Channel. He is best known for his roles as Sylar on the science fiction drama series Heroes (2006–2010), Spock in the reboot Star Trek (2009) and its sequels Star Trek Into Darkness (2013)
and Star Trek Beyond (2016), as well as his Emmy nominated performance in American Horror Story: Asylum. He also appeared in smaller roles on television series such as So NoTORIous, The Slap, and 24